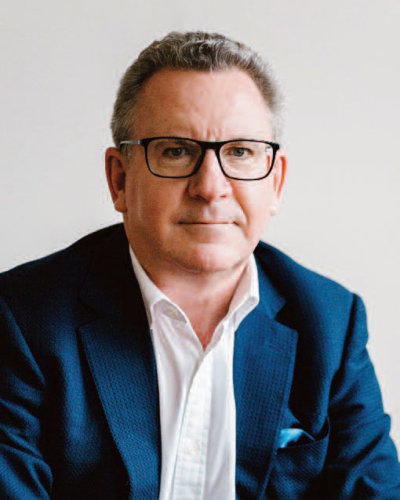 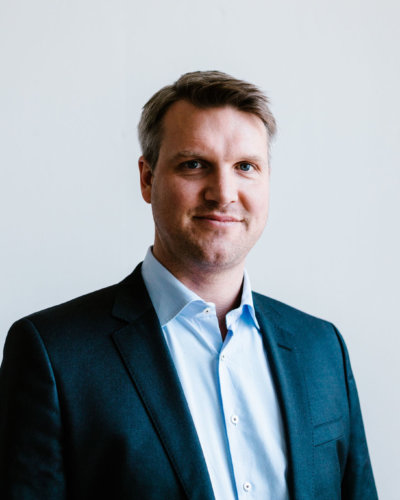 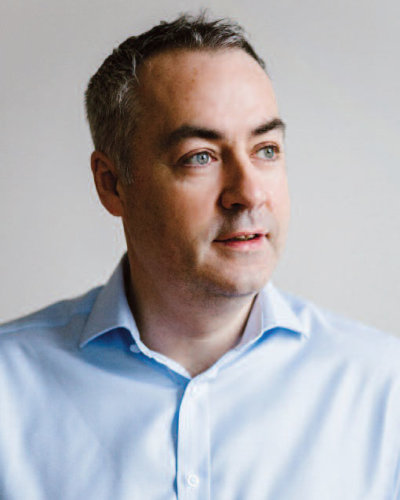 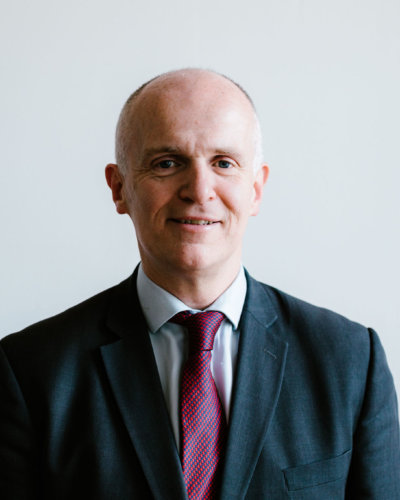 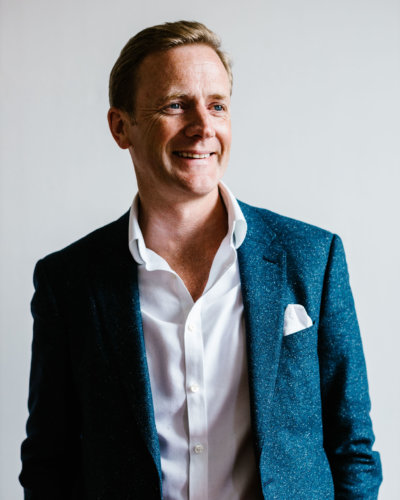 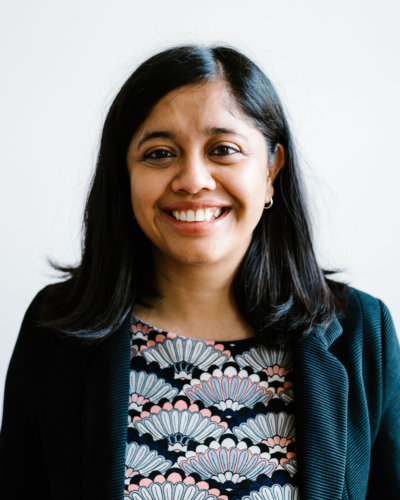 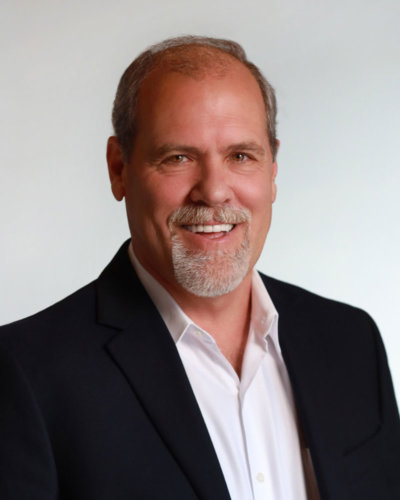 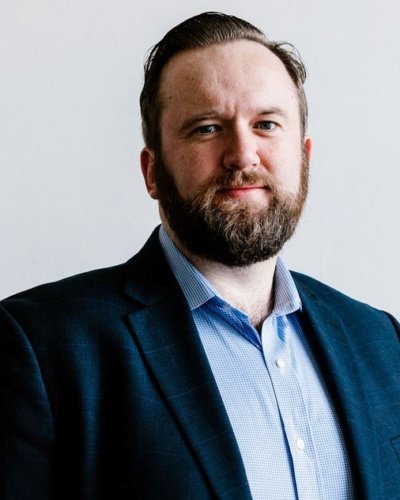 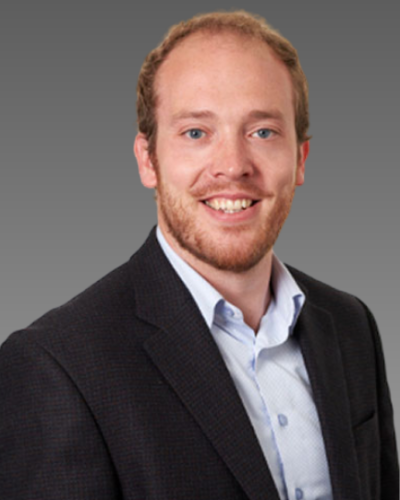 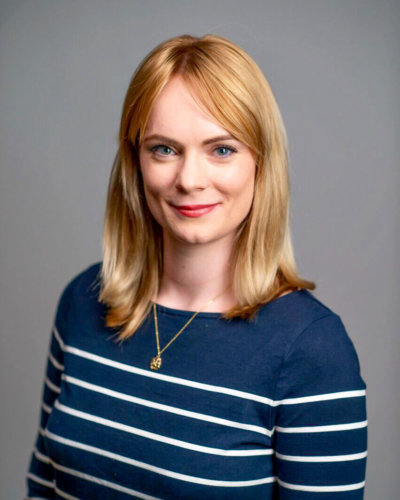 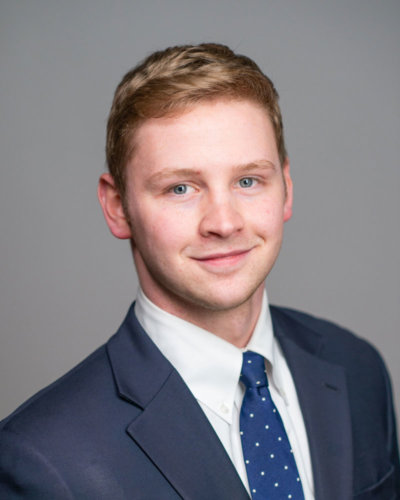 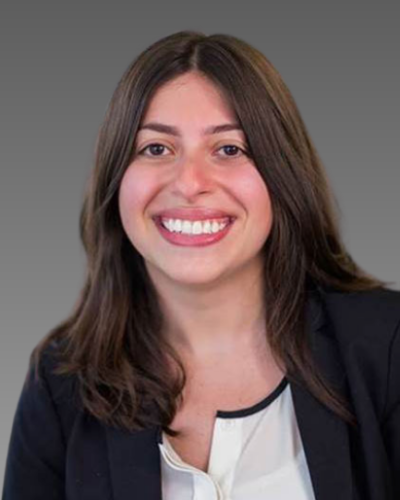 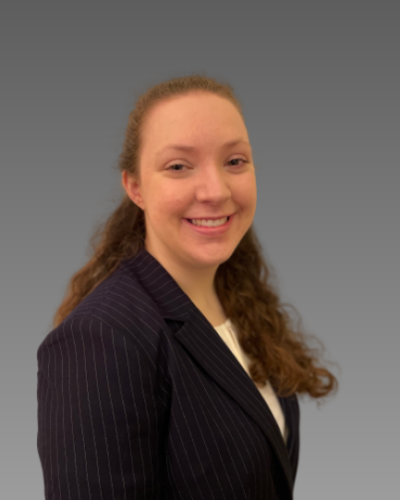 Mark O’Connell is CEO and founder of OCO. Mark has worked in more than 80 countries and has cultivated in depth government, industry and trade association networks across the world.

Mark is currently a Board Member of the International Economic Development Council.

Dr. Joachim Arnold is OCO’s Chief Operating Officer and Head of OCO Germany, based in Frankfurt. Within the OCO Global Group, he also holds the responsibility for the Division “Lead Generation and Representation Services”. Joachim has 12 years' experience in the field of Foreign Direct Investment (FDI) and International Trade providing strategic advisory, research and business development services to economic development organisations as well as to private companies expanding to new market.

Joachim has supported some of the world’s leading investment promotion agencies including EDB Singapore, JETRO, Bahrain EDB, UK Department for International Trade, Greater Zurich Area and FrankfurtRheinMain. He is also extensively working with the US economic development organisations such as JobsOhio, Missouri DED, Business Oregon and many others. In addition to his experience in working in investment promotion he is providing trade development services mainly to corporate clients in evaluating foreign market opportunities, developing entry strategies and identifying partners and customers – both for German SMEs expanding abroad as well as for companies planning to access the German market.

Before joining OCO, Joachim worked as Consultant for PM&P in Berlin and Frankfurt, a consulting firm in Economic Development Consulting and Lead Generation. Previously he was a research associate at the University of Bayreuth in Germany, where he was lecturing on FDI related topics and conducted field studies on Regional Development and FDI in emerging Eastern European markets. He wrote his PhD thesis on the spatial evolution of foreign subsidiaries in Germany after graduating with a master degree in Economic Geography.

Joachim started his career at the German State Investment Promotion Agency Hessen Trade & Invest, with the aim of promoting inward investments from the US, Japan and Korea.

Joachim is a Native German speaker and is fluent in English.

Gareth has significant experience in leading engagements with both private and public sector clients. His expertise lies in the areas of strategy, international business development and large scale programme management

Gareth has a deep knowledge of Finance, as the Head of Strategy of a large Irish Bank, and direct experience of establishing international operations of a large UK based company. He also worked at the Boston Consulting Group supporting business growth and operations in a variety of markets.

Andrew is the Finance Director at OCO Global and has overall responsibility for all aspects of the Finance, IT and HR functions for the OCO Group. Andrew is a chartered accountant who has over 20 years of post-qualified experience in senior roles involving audit, financial control and financial consultancy for a range of international businesses and public sector organisations.

As well as Andrew’s internal OCO roles, he has provided advice and support for a number of OCO’s clients in order to help them understand the finance and tax implications of their strategic initiatives, such as site location, organisation structure and overseas employment issues.

Andrew previously worked at PwC leading large-scale finance transformation projects for both the Private and Public Sector, across multiple sectors in UK & Ireland, Europe, Africa, the Americas and Asia. Before this, Andrew led the finance function of a listed construction and cement company in Kuwait and then for a utilities company and an engineering company in Northern Ireland. Andrew started his career as an auditor with BDO Stoy Hayward in London and then as an audit manager with EY in Kuwait, where his portfolio included multi-million turnover manufacturing and retail companies and the audit and worldwide consolidation of Kuwait Petroleum Corporation.

Colin McCullagh is Director for UK & Ireland for OCO Global and leads the Trade services division OCO Exporting. Colin has a career spanning over 20 years in international trade working for corporations including IBM and LogicaCMG as well as for Enterprise Ireland, the Irish Government's export promotion agency.

He has supported companies to entering multiple international markets, with an emphasis on the US and Latin America, where he was the Director for Enterprise Ireland based in Sao Paulo and served as de facto Ambassador of Ireland to Brazil for a period. Colin has successfully served as Project Director on a number of key projects including JETRO European investment attraction, DIT US trade services and Tunisia to UK export support programme on behalf of the FCO.

Colin has a marketing degree from the University of Stirling, studied leadership at INSEAD and is fluent in Portuguese. His strengths are in strategic selling, international expansion, client management and project leadership.

Shalini is the Consulting Director at OCO Global, and has overall responsibility for all the consulting and advisory services which OCO offers across its international office network, in both Trade and Investment. Shalini has nearly 15 years’ experience as a management consultant and programme manager in international economic development, with a particular focus on trade and investment.

Shalini has a proven track record in designing, setting up, running and performance managing international economic development operations. Her particular strengths lie in designing large scale programmes and in using data collected from delivering these programmes to generate insights that improve the delivery of targeted interventions. Shalini has regularly used her strong analytical skills, experience in strategy development and evaluation and excellent stakeholder management skills with senior management teams. She is recognised for her ability to deliver practical, sustainable solutions that clarify strategic direction and deliver public value.

Shalini has worked with Economic Development Agencies around the world. In the UK, Shalini has worked extensively with the Foreign and Commonwealth Office, Department for International Development and Department for International Trade. She has also worked extensively overseas, including in Kenya and Uganda running an educational development NGO focused on improving the quality of secondary school education; in Costa Rica on developing a new FDI strategy for the country’s investment promotion agency; and in Lebanon with DFID on running a programme aimed at supporting job creation and safe return for Syrian refugees temporarily residing in Lebanon.

Some of the largest transformational projects she has worked on include setting up and running the UK’s first ever outsourced FDI operation by merging 8 organisations into a single investment promotion agency; designing and implementing the UK’s new export strategy by identifying High Value opportunities which UK consortia are well placed to pursue; and supporting the development and implementation of the National Security Strategy for the London 2012 Olympic Games.

She holds a degree in Modern Languages (Spanish and French) from the University of Cambridge and a Masters in State, Society and Development from School of Oriental and African Studies, University of London.

Paul offers over 30 years’ experience in international trade and FDI development at both the state and local level in Virginia, South Carolina and Arizona. His work has taken place in both public and private organizations and in more than 30 countries.

Previously, Paul served as Vice President of International Trade for the state of Virginia, USA where he was responsible for the global promotion of Virginia products and services. Under his guidance, Virginia’s International Trade programs received national acclaim, including the nation’s highest export award, the President’s E-Star Award. Through the enrolment and serving of 320+ companies annually in Virginia’s trade programs, over $650 million in annual export sales were generated. More than 1,000 companies travelled overseas to conduct business during the course of his leadership. The Virginia Leaders in Export Trade (VALET) Program created by Paul won three national awards for innovation, and is unique amongst U.S. state trade development programs. Paul also managed Virginia’s international investment (FDI) program for 6 years. During his tenure, an impressive list of marquee companies established business facilities in the state, resulting in $3.8 billion in capital investment and the creation of 15,425 jobs in Virginia.

Prior to joining Virginia, in South Carolina, Paul developed Orangeburg County’s new $10 million, 250 acre, Class A industrial park, and rejuvenated the program to lead all rural South Carolina counties in capital investment and job creation during his tenure. Paul received a Master’s degree from the Thunderbird School of Global Management (Arizona), and has lived and travelled extensively internationally.

Alan is a Queen's University Belfast graduate with international experience working and living in a number of states across the USA. He is an experienced professional with an in-depth knowledge of the economic development and FDI market and community. He has worked on a number of successful campaigns/marketing strategies in North America, which have developed his unique understanding of the processes required to secure investment projects.

Alan has gained considerable experience through advising European, American, Canadian and South American EDOs on how to best develop and implement strategies to attract investment.

He also has established relationships and networks with executives, influencers and stakeholders of client companies throughout the USA and has been directly involved with several investments and re-investments from American companies into client regions

Ian is OCO Global’s West Coast Director and will be opening our new office in Silicon Valley.

An experienced FDI practitioner, Ian joins OCO having served as VP of Business Development for Invest Northern Ireland. Based in San Francisco, and covering 14 US states and the west coast of Canada, he embedded himself in the west coast’s key networks - building strong VC relations in Palo Alto, San Francisco, Seattle and Portland as well as gaining a unique insight to various incubator and accelerator programs. During his time with Invest NI he secured over 1,000 new jobs from companies based on the west coast and spearheaded new lead-generation strategies for secondary markets. His areas of expertise include, cyber-security, digital technologies, high-potential start-ups and venture capital cycles.

Living and working on the West Coast of the US for the last nine years have shown him the unique and extensive opportunities this region offers for foreign direct investment and trade. Silicon Valley is an engine for international growth and San Francisco is among the most dynamic, digitally-driven cities in America. Our new office gives us direct access to key decision-makers and the venture capitalist community, providing our clients with a tangible presence and consistent voice on the West Coast.

Paula is a Project Manager at OCO Global in New York. She joined OCO from the Canadian investment bank CIBC where she worked in the Real Estate Finance group in New York.
Paula was responsible for the project management of a property portfolio valued at $1.2BN. On top of her commercial property investment expertise, Paula worked on multiple multi-lingual lead generation campaigns targeting Europe, Middle East, and Africa and US & Canadian markets for First Derivatives; helping IT brands develop their regional presence in businesses in France, Spain, Portugal, the UK and Canada. Paula thrives in multi-cultural and multi-lingual working environments and is passionate about opportunities to help businesses expand their global footprint.

Before joining OCO, David gained experience working in international trade and investment while at the World Trade Center of Greater Philadelphia. While there David helped improve and expand SME’s import and export opportunities to and from the greater Philadelphia region and spent time working on Philadelphia’s Global Cities Initiative in partnership with the Brookings Institution.

Sosy serves as a Project and Operations Manager at OCO Global in the US. In this role, Sosy supports companies with their global expansion efforts.

Caroline is a Junior Project Manager at OCO Global in the U.S.