With the arrival of Omicron and many countries experiencing their 4rd or 5th or 6th waves of COVID, we can be forgiven for feeling the urge to scale Mount Crumpit and enquire about a roommate arrangement with the Grinch himself.

But despite these holiday blues, a big present was delivered to the American people on November 15 when President Biden signed the $1.2T bipartisan Infrastructure Investment and Jobs Act.  Like the proverbial Christmas song, this Bill keeps on giving, and will shape the economic agenda across the US throughout 2022.

$110 billion is allocated to repair more than 173,000 total miles of aging highways and roadways and more than 45,000 decaying bridges. The $40 billion earmarked for bridge repairs is the largest dedicated bridge investment since 1956, when President Eisenhower signed the Federal-Aid Highway Act. The states with the biggest box under the tree will be California, Texas, and New York, each receiving more than $25 billion. However, with its large population, California’s funding only equates to about $1,127 per capita, whereas less populous states like Montana and Vermont will receive about $3,500 per capita each.

These road and bridge repairs will be most keenly felt in rural areas that often rely on a single route to traverse natural barriers. Don’t expect a pothole free drive to work from Santa this year though, the onus now lies on the state and local officials to design, build, hire, and mobilize these funds, all while still overseeing challenges from the American Rescue Plan earlier in 2021. The public sector too must grow to accommodate for the demand of labor and supplies needed to make the designated repairs. Perhaps the Ghost of Christmases-Yet-to-Come can give us an update on those repairs?

Hopefully Rudolph doesn’t rely on his smartphone for GPS, because more than 30 million Americans currently live in an area with minimally acceptable internet speeds. $65 billion is allocated to ensure every American has access to reliable high-speed internet, as well as lower costs for internet service by requiring funding recipients to offer a low-cost affordable plan. In a world where more than 21% of American workers still work from home full-time, broadband access is vital to fully participating in the economy and society.

Why do we leave milk and cookies for Santa? Because up to 10 million American households currently lack safe drinking water. Give Santa a glass full of lead and Legionella, and you’re sure to end up on the naughty list. $55 billion, the largest investment in clean drinking water in American history, will replace all the nation’s lead pipes and service lines. Another $1 billion will create the first of its kind program to reconnect communities divided by transportation infrastructure, such as the Claiborne Express in New Orleans or I-81 in Syracuse.

As we’ve seen through recent power outages in Texas and brownouts across California, the electrical grid in the US is in urgent need of modernization. $73 billion is allocated to upgrade power infrastructure. The newly formed Grid Deployment Authority, under the Department of Energy, will focus on research and development for next generation technologies like advanced nuclear reactors, carbon capture, and clean hydrogen. Thanks to the upgrades, Clark Griswold is sure to be able to add a few thousand lights to his rooftop next year.

Rudolph and his herd can play all the reindeer games they want, including safely crossing highways, thanks to a $350 million grant program to build wildlife crossings and reconnect animal populations. The act will also target ecosystem restoration, such as the Chesapeake Bay, Delaware River, Gulf of Mexico, and restore habitat lost after fires and other natural disasters. Another $50 billion is designated for climate resilience and weatherization..

On the 6th Day the Infrastructure Bill Gave to Us… Planes, Trains, and Waterways

The caribou on the tracks was a piece of cake for the Polar Express when you consider that the Amtrak State of Good Repair backlog tops $33.3 billion. Rail currently lacks a multi-year funding stream to address deferred maintenance and build new lines of transit. The deal will invest $66 billion to eliminate the backlog, modernize the Northeast Corridor, and bring rail service to new areas. $12 billion is also allocated for intercity rail service, including high-speed rail. The bill includes $17 billion for port infrastructure and $25 billion for airports to reduce congestion and emissions and modernize equipment and facilities. While the bill won’t fix the congestion currently happening at America’s ports or stock the shelves in time for holiday shopping this year, the measures will prevent future supply chain bottlenecks.

Buddy the Elf had to pass through the seven levels of the candy cane forest, through the sea of swirly-twirly gum drops, and then walk through the Lincoln Tunnel, but thanks to $39 billion allocated to modernize public transit, you won’t have to try such dangerous feats to get home for the holidays. The bill allocates the largest Federal investment in public transit in history. There is also funding to replace thousands of transit vehicles with clean, zero-emission vehicles.

Bedford Falls certainly didn’t have any blighted properties or former industrial sites oozing with pollution, and with $21 billion invested in environmental remediation, neither will many American towns. The bill includes funds to cleanup superfund and brownfield sites, reclaim abandoned mine land, and cap orphaned gas wells. These funds will allow for measures to keep plastics out of waterways, recycling EV batteries, and help businesses adopt and improve pollution prevention and reduction practices.

It might be lovely weather for sleighride, but contrary to Santa’s notions, sleighs just aren’t the most efficient way to get around. Santa’s reindeer emit a total of 53,667 metric tons of greenhouse gases into the air. We all need to do our part to curb emissions, and the $7.5 billion in the bill to build a national network of EV chargers marks the first-ever national investment in EV infrastructure.

If you’re asking Santa Baby to slip some crypto under the tree instead of a yacht or diamond ring, you may be interested to know that the bill also outlines some new regulations on the cryptocurrency industry. The bill outlines new definitions of a broker for IRS reporting and requires all brokers to report transactions under the current tax code. Another provision requires recipients of transactions over $10,000 to verify the sender’s personal information and record their Social Security number and share the nature of the transaction with the government within 15 days of completion.

According to a recent CDC study, 16% of Americans say they consumed more alcohol during the COVID-19 pandemic than previously, so we can’t blame our red noses on Jack Frost this year. The infrastructure bill allocates $17 billion for road safety programs, including a provision requiring automakers to install an anti-drunk driving system into all new cars. The National Highway Traffic Safety Administration will study how these systems could be used and mandated and release a set of guidelines within three years. The automakers will then have two years to comply.

Santa couldn’t deliver Christmas without all the elves and legions of truck drivers ferrying packages across the United States. More helpers are on the way thanks to a provision allowing 18-year-old individuals to operate tractor trailers across state lines. The current driver age is restricted to 21 years+. The bill also sets up a federal Women of Trucking Advisory Board to provide outreach, training, recruitment, and advancement for women in the industry. Currently women account for only 6% of the truck driving labor pool.

What’s to Be Done with All These Gifts?

The responsibility of implementing regulations and allocating funding ultimately falls to the state and local officials and economic developers. Unlike the smoke and mirrors employed by parents across the world on Christmas Eve, transparency will be key to temper public expectations and ensure public patience. Not all states will receive the same funding, thus not all populations will benefit equally from the bill’s investments. Likewise, many of the funding sources come in the form of grants that must be won by local entities.

It is the economic developer’s role to plan adequately for the allocation of funds, including feasibility studies, hiring contractors, and holding public forums.

Local entities should also consider funding reskilling and upskilling programs to fill needs for construction, electrical, transportation, and logistics support personnel that will be needed to complete the projects outlined in the bill. Although we may not see the presents under our proverbial tree this year, as the conductor in the Polar Express says, “Seeing Is believing, but, sometimes, the most real things in the world are the things we can’t see.”  Transparency, preparation, and patience are the true gifts this Christmas, and perhaps some gratitude that we aren’t left with 184 calling birds, French hens, turtle doves, partridges, and various other fowl. 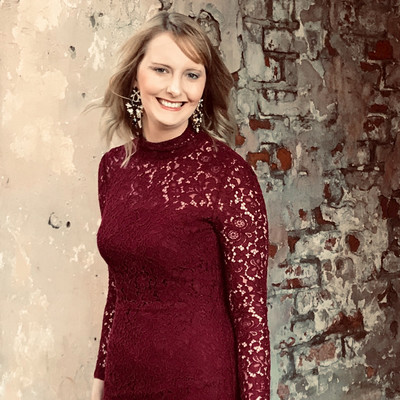