The significance of the European Semicon industry

Nestled inside nearly every gadget and piece of tech we use today, semicons – also known as semiconductors or chips – are vital to the smooth running of a lot of what we use.  They’re the unsung heroes in the PlayStations and Xboxes our kids use.  And they’re indispensable in the smartphones we scroll through for hours every day.  They’re crucial in the cars we rely on to get us from A – B.

Semicons are also built into life-saving medical equipment, desktop computers and laptops and even home appliances.  As a result, when there’s a global shortage in semicons – like there is at present – it will unsurprisingly cause quite a stir.  Fears continue to grow within Western economies – the US and Europe especially – that if they aren’t the first to build a reliable semicon infrastructure, they may end up at the behest of China.

China has already spoken about its ambition to be self-sufficient in semicon production, declaring it a ‘national priority’.  It’s an industry that’s worth a fortune, too, for whoever grabs a slice; last year alone, global semiconductor sales topped £406.2 billion.

The Semicon industry in Europe

Like most economies in the world, European countries rely heavily on semiconductors for much of everyday life.  The semicon industry supports over 200,000 jobs directly in the EU and is estimated to be worth around £37 billion in 2022.  And as newer technologies are introduced – many of which are totally reliant on semicons – the pressure to ensure the semicons industry is stable and reliable becomes more urgent.  As a result, Brussels has acknowledged that this reliance on semicons will continue at pace and has become a major focus for the EU.

Currently, the EU has an estimated 10% share of the global market for semicons chips.  However, the trading bloc has set an ambitious target of taking a fifth of the global share by 2030.

How and why the industry has transformed in recent decades.

From humble beginnings in the United States in 1959, each passing decade has seen semiconductors become smaller and more powerful.  That’s because, as technology has improved, the need for smaller but much more reliable and robust microchips has increased steadily.

To put it into perspective, the first computer was the size of a room.  In contrast, computers now fit on your wrist, in your pocket, and semiconductors are so small that they can be around the size of a full stop.  Therefore, the transformation of the semicon industry in recent decades is a direct consequence of our thirst for the latest tech gadgets.  It’s also due to our need to improve our everyday tech products constantly; to make them faster, more secure, more efficient, and more reliable.

The EU and US Semicon industries: How things stand

The European Union and the United States are two of the world’s most powerful and influential economies.  As a result, they’re both, unsurprisingly, technologically advanced, and totally reliant on semiconductors for much of their digital infrastructure.  Over the last number of years, both the US and Europe has prioritised taking a slice of the competitive semicons industry.  That’s because semicon production has shifted almost entirely to Asia, leaving both Europe and the US in a vulnerable position of reliance.  This position of US dependence on Asia has been decades in the making.  According to the Congressional Research Service (CRS) the US enjoyed around 40% of the global semiconductor fabrication capacity in 1990.  However, the steady decline has led to the US having just 12% capacity in 2020.  Europe currently has a 10% share of the semiconductor industry, with ambitions to double that to 20% by 2030.

How the EU Chips Act affects the industry

Europe has big ambitions; to secure a fifth of the semicon industry in the next eight years.  That’s why the European Chips Act 2022 came into law on 8 February 2022.  A primary goal of the EU Chips Act is to create a resilient supply chain of semicons and decrease its dependence on other nations for these.  And it’s prepared to spend big to achieve this ambition, with a rumoured 43 billion euros being poured into the project.  The Act aims to ensure that the EU has… ‘the necessary tools, skills and technological capabilities to become a leader in this field beyond research and technology in design, manufacturing and packaging of advanced chips, to secure its supply of semiconductors and to reduce its dependencies.’  However, that only tells part of the story.  A significant problem for Europe’s ambitions is that there are no European companies that can manufacture these cutting-edge semicons.  As a result, for the EU to become a big hitter in the industry, it needs to ‘convince Intel, Taiwan’s TSMC or South Korea’s Samsung to build factories’.

What the European Union lacks in manufacturing capabilities, it more than makes up for in economic strength.  Made up of 27 member countries that, for the most part, enjoy free and frictionless trade and movement, the EU is the third most powerful economy globally behind the US and China, and is, therefore, an attractive proposition.  Therefore, the EU’s main ambition is to work with what they describe as ‘like-minded partners’.  Those partners will likely come from the United States and Asia and wooing them to set up shop in Europe is a major goal.

Who in Europe will secure the next multi-billion investment?

The EU Chips Act only became law this month (February 2022), so it’s early days in that respect.  However, many companies have been planning in the background for months – and in some cases years – for the Act.  And just this month, Intel announced their intention to invest 17bn Euro in East Germany’s Magdeburg region creating more than 3,000 permanent new jobs.  And there is others to follow. Ultimately, the regions that win the next multi-billion-pound investments will do so by adding something significant to the table.  So, what convinces an American or Asian company to set up a base in Europe?  While not being able to manufacture the chips, the EU can play to its strengths.  Firstly, the EU already has some of the key players in the industry based in the EU, such as Apple suppliers NXP and STMicro, and Holland-based ASML.  Secondly, the European Union can negotiate based on its economic power as a 27-country trading bloc, which will undoubtedly be attractive to US and Asian firms keen to tap into a huge market.  Finally, the European Union has a solid reputation for producing a highly educated workforce, providing an ample supply of talent to the semicon industry.

How to win an investment: Columbus, Ohio’s Intel win.

The scale of opportunity can be illustrated best by Ohio’s huge win.  The $20 billion investment announced by Intel – due to begin construction in late 2022 – is an economic game-changer for Columbus, Ohio.  Ohio’s $20 billion fabrication plants – earmarked to open in late 2025 – will provide over 3,000 Intel jobs.  In addition, during construction, there will be another 7,000 construction jobs to be filled.  And as part of the package, Ohio has promised to spend a huge $100 million on education to ensure there’s a steady supply of educated talent to work in the facilities.  Existing Ohio companies will enjoy an economic shot in the arm too, with 140 Ohio companies earmarked to work as suppliers to Intel.  Higher salaries will also improve Ohio’s local economy; an average annual salary at Intel’s Ohio facilities will be around $135,000.  Ohio Governor Mike DeWine summed up the scale of opportunities on learning of Ohio’s big win.  “This is the greatest professional gift that I could ever achieve. I remember turning to my wife and saying, ‘Ohio won.’ This is an historical economic achievement.”

What makes a location a prime candidate and winner?

There are a wide variety of important factors that the likes of Intel will consider before declaring a winner.  Firstly, the area must have an ample supply of talent.  To be in with a chance of winning, local schools and universities must be capable of – and have a proven track record of – producing STEM graduates.  It helps if the local government commits to significant spending to improve and tailor education.  Secondly, the location that wins must have an abundance of land available, which is a little bit more challenging in a densely populated Europe. To put it into perspective, the Ohio facilities will take up 1000 acres/400 hectares, so a European region should consider their applications based on that scale.  Thirdly, the location needs to have a great utilities infrastructure – particularly water – to be in with a chance of winning.  Fourthly, the location needs to have a strong regional partner network and innovation ecosystem.  Finally, the location must enjoy agile and flexible economic development and government and offer a package of incentives to the semicon company.

Although semicons have been around for more than half a century, it’s only in the last decade in Europe that we’ve relied on them for most of our daily needs.  Everything we use is becoming ‘smarter’.  Our cars, smartphones, computers, watches, and gaming consoles fuel the need for faster, more efficient chips.  And as medical technology improves, the need for semiconductors grows too.  The semicon industry – still relatively in its infancy – will be a major player moving forward.

Europe looks likely to take a slice of the pie too, thanks to the European Chips Act and forward-thinking EU officials.  For ambitious regions in Europe, the opportunity to get involved in the chips industry offers a whole host of incredible opportunities.  A successful European region will enjoy a significant jobs boost and higher salaries that improve the local economy.  There’ll also be a lot of indirect successes, such as local companies partnering with the semicon industry leader, construction jobs initially on the facility and then on houses as more people seek homes closer to their work.  The next place in Europe to win will enjoy the fruits of the win for decades to come.  If the current shortage in microchips has taught us anything, it’s that this is a thriving industry that will continue to need partners.  Perhaps European Commission president, Ursula von der Leyen, sums up the scale of opportunity best.  “The European Chips Act will be a game changer for the global competitiveness of Europe’s single market. In the short term, it will increase our resilience to future crises, by enabling us to anticipate and avoid supply chain disruptions.  And in the mid-term, it will help make Europe an industrial leader in this strategic branch.  With the European Chips Act, we are putting out the investments and the strategy. But the key to our success lies in Europe’s innovators, our world-class researchers, in the people who have made our continent prosper through the decades.” 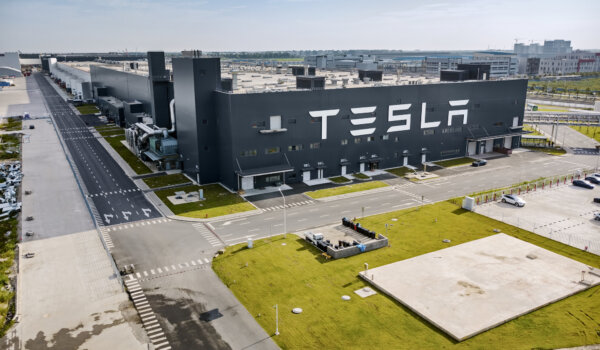 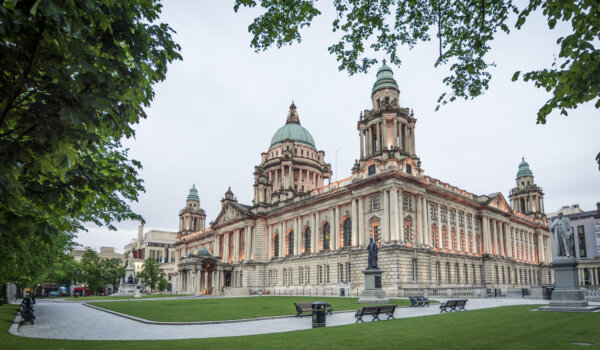 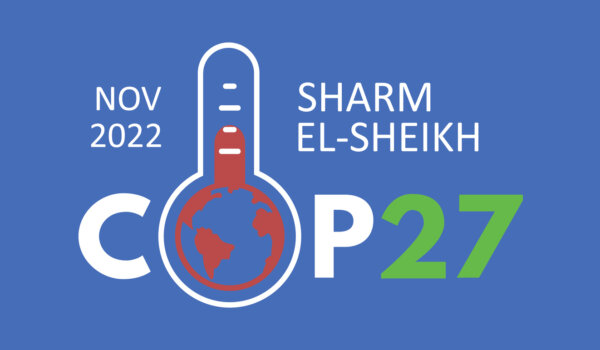