‘Culture’ has long been a corporate buzzword with an array of interpretations.  Ranging from working hours, attitudes towards how meetings are conducted and the ethos which a company holds itself too. In a wider context, it can often feel that the world is becoming increasingly homogeneous. Even during the pandemic new technologies continued to help overcome the differences between countries and people. Getting culture right can be the key to a businesses’ success.

We have seen a recent example of where the misunderstanding of culture has led to negative repercussions. The recent attempt by 12 football clubs to break away and form a “European Super League”. These clubs run by successful and experienced business leaders with the backing of an international banking giant JP Morgan, arguably all misunderstood the importance of culture which led to the failure of this idea and worldwide backlash.

What lessons can we learn from this episode?

Scoring an own goal

One of the main issues over the European Super League was the view that the owners were trying to “Americanise” football, trying to import an American sporting culture which many of the owners were used to through their ownership of teams in leagues such as the NFL and NBA. These leagues do not have the same type of promotion and relegation and are set up in such a way that certain fixtures are guaranteed. The owners believed that by creating a league in which these elements were removed, and so-called European super clubs were guaranteed to play each other, they would create increased revenues for the clubs and increase fan’s enjoyment. However, the club owners seemingly missed important factors as to why football fans are so enchanted by their sport. Indeed, it could be argued that the people leading these clubs misunderstood the whole culture of the sport in Europe.

An important aspect of football history and the culture of the sport is the story of the underdog i.e., the small team overachieving and beating the giant. These stories are engrained into football’s history. Furthermore, part of the appeal of the Champions League is the fact that fixtures are varied year to year. The owners, in removing these elements and having teams being permanent fixtures in this league, failed to understand a fundamental pillar of what football fans enjoy and value. As businesses they misunderstood what their customers (their fans) truly wanted. These businesses tried to disrupt an entity that did not want to be disrupted. Despite the backing of potentially billions, one of the reasons why the European Super League failed so quickly was the failure to understand and to properly take into consideration the impact this decision would have on the wider community. Indeed, in the aftermath and subsequent media reports, it has emerged that important fan groups within each club were not consulted on their opinion of the potential of creating a super league. While these 12 clubs would have been the biggest beneficiaries of the changes, arguably the largest demonstrations came from the exact fans who the clubs were saying would benefit. The fans viewed this move not only as bad for their club but also their community. The complete upheaval of the sporting culture was seen to be negative for all the community and stakeholders. The move to was instantly viewed as a negative for domestic competition but as a move to stop smaller clubs from progressing and having the dream of achieving a spot in the elite competition.

For businesses looking to create a change they must understand what impact they are going to have, not just on their target but also beyond and how it will be perceived.

The European Super League, however, had been rumoured for several years. The top clubs have used this threat to leverage increasingly better financial terms. However, when the clubs followed through on their threat by creating a breakaway competition, they failed to properly communicate as to why they were creating this. Shortly after the initial announcement, the Real Madrid President went on TV to help explain the thinking behind the Super League. Instead of explaining the decision Mr Perez went on to suggest how this league may make further changes to the fundamentals of football such as reducing the timeframe of matches. This TV appearance only added energy to what was an increasing view that these clubs were trying to change football and monopolise it for their own benefit. The failure in communication has been acknowledged by owners in the recent aftermath as one of the key reasons why it failed. The clubs failed to tell a convincing story as to how this new league would be better for the clubs participating but also importantly the fans of the clubs. It seemed to run against the culture of sport itself. This helps to demonstrate that for businesses which are looking to creating major change, whether this be entering a new region or even introducing a new product, it is essential to not only understand the culture in which these changes are taking place but also clearly explain how these changes will still benefit all stakeholders.

Staying on top of your game

Culture is not just something businesses should mention as part of their values but something that must be embraced and understood by all but particularly by the board when making key decisions. If you are looking to make a fundamental change which will affect the culture of the environment you operate in, how will this be perceived?

While you may be convinced of the benefits of this change, you are also going to have convince all stakeholders of the benefits. It is essential that before any change is implemented the organisation carries out comprehensive research if it is something truly wanted by the target audience. 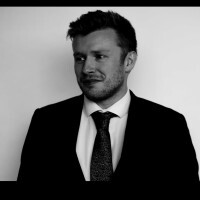