The Challenges in the Fight against Climate Change

51 years ago, millions of Americans took to the streets for the first Earth Day. They protested the environmental damage caused by industrial waste; polluting factories and agricultural malpractices leading to loss of wilderness and extinction of wildlife; and massive harm to the health of Americans across the country. Their demonstrations led to the creation of the Environmental Protection Agency in the US and a raft of other environmental regulations that have since protected millions from disease and saved hundreds of species from extinction.

Now a new wave of global activism – partly incited by the then 15-year-old Greta Thunberg – has prompted governments around the world to make big, splashy commitments to fight the existential threat of climate change. The US has also returned to the fold after four years of the Trump presidency. The Biden White House announced new sweeping plans during its recent Earth Day Climate Summit, including a pledge to cut US greenhouse gas emissions in half by 2030 – a target that will demand enormous structural and behavioural changes for the whole country.

That governments have made big commitments to combating climate change is a welcome and necessary step, but many of these commitments are low on detail and long on timelines. Most are centred around reaching net zero carbon emissions by 2050 – separating today’s politicians from real accountability by three decades. Even the commitments to cut emissions by 2030 are far away. Big, splashy announcements of specific carbon reduction targets by 2024 or 2025 are sparse. Those would be numbers we could use to measure governments’ near-term success, ones that would have a real impact on upcoming election cycles.

Taking tough action now is essential, but governments must balance competing priorities and are naturally loath to frustrate big industry and key constituencies. On the campaign trail in the US, Biden refused to say he would ban fracking, the process of extracting natural gas from deep underground, despite the fact almost half of all Americans (44%) oppose fracking and only 35% support it. Coincidentally, Pennsylvania and Ohio, both key electoral states in the 2020 election, have large natural gas industries.

This winter, the UK – despite its ambitious climate goals and leading on international plans to end the use of coal – controversially chose to greenlight the opening of a new coal plant in the North of England. The plant would create up to 500 new jobs and support up to 2,000 jobs in the local value chain by supplying coal in the production of British steel. The proposal is now under review after public outrage, and Boris Johnson may need to step in and take a stand against 40 of his own Tory backbenchers who support the coal plant. His decision will be seen as a reflection of the UK’s commitment to climate change, just months ahead of COP26 in Glasgow.

President Macron took tough action in 2018, proposing an increase in the cost of fuel as part of the country’s decarbonisation strategy. But the designed legislation missed the mark. Rather than targeting the biggest polluters, Macron’s proposal seemed to hit low-income and rural households the hardest, sparking intense and months-long protests. Framing and designing the carbon tax fairly and equitably is crucial to getting public support for the measure and the associated fuel cost hike. British Columbia is one example where resistance to a new fuel tax faded once resident received rebates on income tax. Doing so is the best way to navigate the difficult path of balancing competing priorities while maintaining public support.

We have made some progress in protecting the environment since the first Earth Day in 1970, but we now face an even more urgent crisis with a globally warming planet. Politicians need to act now and do so intelligently, decisively, and fairly to tackle climate change – or there may be no bunnies left to hug*.

The Guardian, ‘Boris Johnson could clash with backbenchers over coalmine,’ Mar 2021.

House of Commons Library, ‘Tackling the under-supply of housing in England,’ Jan 2021. 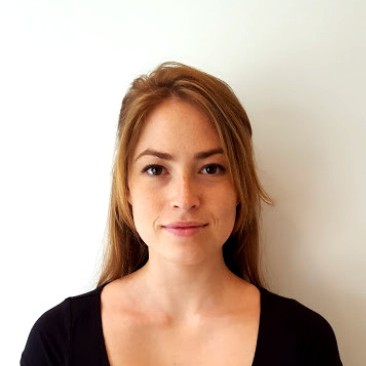