While fishing disputes and positive COVID-19 tests have placed yet more roadblocks in the (what seem to be infinite) Brexit negotiations, over on the other side of the globe lessons in collaboration are being taught.

Just last week, the likes of Japan, China, Australia and 12 other Asia-Pacific countries signed a headline-grabbing deal to form the world’s largest trading bloc, besting both the US-Mexico-Canada agreement and the soon to be UK-less European Union in size. The new Regional Comprehensive Economic Pact (RCEP), which covers a third of the global economy, looks to eliminate a range of barriers to trade and investment for the region, with specific provisions in place to benefit lesser developed countries in the bloc like Laos and Cambodia.

Since 2003, there have been 14,000 greenfield investment projects between RCEP countries, according to fDi Markets. This is second only to the European Union (quite a way ahead with 37,991 intra-European projects), however in terms of investment value, the RCEP bloc reclaims the #1 spot. When you look at the numbers, it’s no surprise.

In 2019, the Asia-Pacific region became the largest destination and source market of FDI globally – for the first time – and Asia’s share of global FDI flows has more than doubled in just over a decade, rising from 17% in 2007 to 26% in 2017. Individually, RCEP countries are proving to be world-beating or breaking records. New Zealand ranked #1 on WorldBank’s Doing Business Report 2020. South Korea’s FDI inflows grew 17.2%(!) between 2017 and 2018, a record year and the fourth consecutive year FDI was over $20bn in the country. Even Cambodia recorded its highest ever year for FDI in 2019. And, of course, there’s China.

With the UK (the EU’s largest FDI recipient) ready to say ‘Sayonara’ to the EU, it’s unclear as to whether this will help or hinder investment in the rest of Europe. Will investors look to the likes of Germany or France, or will they be more likely to invest in the UK post-Brexit to guarantee market access? Whatever happens, uncertainty is the only certainty in Europe, and Asia-Pac’s growing global standing means it could well benefit in terms of inward investment.

And it’s not just in FDI where Asia (including Oceania) is making a splash. A 2019 McKinsey report argued that Asia’s impressive rise looks set to continue and ‘shape the next phase of globalisation’. It’s already been coined the ‘Asian Century’.

And in case the reasons listed above weren’t enough to convince you, the fallout from the COVID-19 crisis may yet be more reason to believe the future lies in the East. 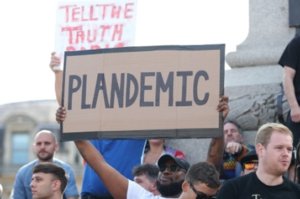 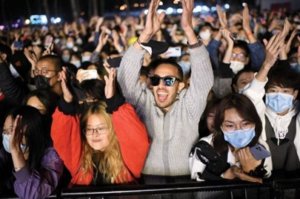 No country has been immune to the devastating consequences caused by the coronavirus pandemic, but while the region was the first to suffer, it’s also been the first to recover. As of November 20th, China was reporting 16 new COVID cases (quite exceptional, considering its 1.4 billion population) and the economy has experienced something of a ‘v-shaped recovery’. New Zealand has been holding near-capacity rugby crowds (over 40,000) since June and Taiwan hosted the world’s first full-scale music festival during the pandemic, with 10,000 in attendance following seven COVID-free months.

Of course, the region isn’t COVID-free just yet, with outbreaks still happening and countries such as Indonesia yet to have the virus under control. However, the region has clearly been the best at handling the virus, with countries such as Vietnam (0 deaths), Taiwan (7), New Zealand (22) and Singapore (27) global leaders in terms of COVID response.

Compare this to the likes of the USA, where November 20th saw its highest number of daily coronavirus deaths since May, and the UK, whose government is ‘gearing up for coronavirus anti-vax battle’, and it’s clear to see where the road to recovery lies.

With handshakes off the table for COVID-related reasons, bowing might be the new way to close a deal. If you’re a business looking to grow internationally, it is vital you understand the region and its dynamics and here at OCO, we can help you do this. We’ll be taking part in the ‘Asian Century’ – will you?

OCO Global help companies and governments across the world with their export growth strategies, through expertise in assessing, entering, and growing in a new market successfully. Our global office network includes Shanghai & Tokyo. If you need help in entering the Asian market, or any other market, feel free to get in touch.