In the week that Lionel Messi submitted a transfer request to Barcelona, Nick Watson looks at the parallels between attracting foreign footballers and securing foreign direct investment (FDI).

The world’s top story this week – if the number of Google searches is your metric – is that soccer player Lionel Messi has submitted a transfer request to his club, FC Barcelona. It is big news not only because Messi is one of the all-time greats but also because, unusually, he has played for only one club since he was plucked from his native Argentina by Barcelona scouts twenty years ago. The rivals now racing to secure the services of this foreign superstar do so for much the same reason that countries try to attract the world’s leading foreign companies.

The productivity (or output per worker) – of the average foreign direct investor in the UK is between 70 and 100% higher than that of the typical domestically owned company. What is so special about foreign companies? Why are British firms so unproductive? Well, in fact, it turns out that the typical British outward direct investor is also more productive than the average company in its host country. What explains this paradox? It is simply a matter of selection bias: only the most successful companies tend to be in a position to invest abroad.

In the same way, when large numbers of foreign footballers began arriving in the English Premier League in the 1990s, there can be little argument that the likes of Eric Cantona, Dennis Bergkamp and Gianfranco Zola were better than the average English player. But at the same time those following Italian football would recognise that English players Paul Gascoigne and David Platt were valuable additions to Serie A.

The influx of foreign players into the Premier League brought superior technical skills and heralded an era of fresh tactics with a greater emphasis on possession. But they also transferred new methods of working off the pitch. Former Arsenal captain, Tony Adams, recalls that when French players Patrick Viera and Emmanuel Petit arrived at Arsenal they could not believe the levels of drinking in the English game. “We (the homegrown players) found it very difficult to keep up with them… and the English guys went ‘Actually we can’t do this anymore and play top level football.’”

We see similar effects when it comes to FDI. Academics highlight both direct and indirect benefits of FDI but increasingly government economists focus their attention on the indirect effects. That is, they concern themselves less with how well the foreign investor does and more with the impact they have on the wider economy. To extend the analogy, they care less about how many goals Messi might score and more about the impact that his presence has on the standard of the League. These indirect effects are explained by two phenomena:

When a foreign direct investor arrives with superior technology, processes or management techniques, domestic companies must raise their game to compete. Ultimately, in a free market economy, those companies that do not match the new entrant’s productivity will not survive.

The technology and skills introduced from abroad begin to spill over into the wider economy as domestic firms copy the successful techniques of the foreign direct investor.

By looking at the historical impact of foreign investors on GVA (gross value added), econometricians can estimate the impact of FDI in different sectors.

So foreign stars (both footballers and investors) are valuable… but won’t they come of their own accord?

We can see the benefit of attracting foreign footballers – or investors – but why must clubs and investment promotion agencies (IPAs) work hard to ensure they come? In both cases the answer is twofold: the foreigners may not know about the opportunity and even when they do, there are barriers to entry. For the footballer, setting up home in a different culture perhaps with a different climate and speaking a foreign language can be destabilising. Top clubs have become proficient at facilitating that transition and will help players relocate their families, find schools for their children and so on. In the same way, first time foreign investors face an unfamiliar business environment with different laws, regulations, and ways of working. Effective IPAs do not stop at finding potential investors; they facilitate investment by helping investors overcome a myriad of obstacles, such as registering companies, opening bank accounts, hiring lawyers, and securing employment visas.

If you would like to learn more about how OCO global can help your IPA attract the world’s leading companies, please get in touch with nick.watson@ocoglobal.com. 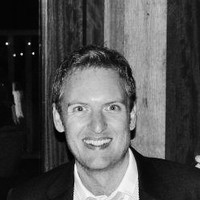